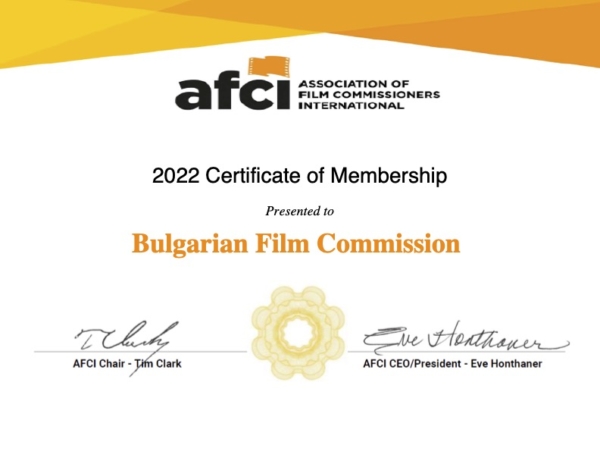 Today is the Holiday of Bulgarian cinema and we congratulate all the amazing Bulgarian film professionals! 107 years after the public screening of the first Bulgarian feature-length film, the country has a highly professional, vibrant and diverse film industry, a proud member of the world film community!
On this special day we would like to announce that the Bulgarian Film Commission has been officially accepted as a member of the Association of Film Commissioners International | AFCI
“We are honoured to be accepted as a member of AFCI. Bulgaria has introduced its cash rebate scheme just recently, but our film industry has already proven its qualities and high standards in the past decades and is more than prepared to welcome the world film industry. We are looking forward and eager to be working with all of you in 2022!" said Jana Karaivanova, CEO of the Bulgarian Film Commission at the annual AFCI meeting held yesterday in the attendance of more than 90 representatives of film commissions around the world.
AFCI is the only global professional organisation, representing city, state, regional, provincial and national film commissions on six continents.